The UPCOS Executive Council, as the UPCOS’s governing body, will be working in cooperation and accordance with international administrative and authoritative governing bodies, organizations and institutions including EU/EC, UN, WHO, etc. The UPCOS Executive Council will be consisting of members selected from the leading major pharmaceutical companies, pharmaceutical/medical institutions, organizations and associations, etc listed in the UPCOS Registry, as institutional UPCOS members, as well as related governmental bodies, departments and authorities (e.g. Food and Drugs Administration, etc..) of the member countries that share the UPCOS System. 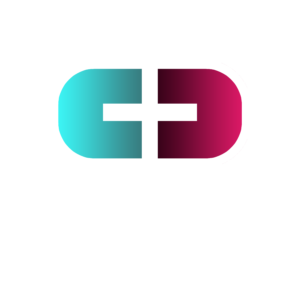 The UPCOS World Council (General Council) consists of the UPCOS delegated members who are the executives of  the members countries’ ”National UPCOS Councils” (UPCOS National Councils) and the delegated executives of the member states’ related bodies, departments or authorities (e.g. Food and Drugs Administration, etc..)

The “UPCOS Executive Council” meets quarterly to prepare, discuss, review and vote on new and existing UPCOS rules and regulations and issues, matters and problems related to the pharma industry tradewise as well as in relation with the public and the practice and science of medicine at national and international levels.

Chaired by the Chairman of the Council, the UPCOS General Council prepares and votes on legislative, constitutional, structural and practical issues in the UPCOS System. Functioning as the constitutional body of UPCOS, the UPCOS General Council also debates, votes and decides on the UPCOS’s administrative affairs and matters. The Council discusses and debates and votes on issues and matters in international pharma practice and industry in order to generate related norms and standards.

At the UPCOS General Assembly, unlike other organizations’ assemblies (e.g. UN, etc.), member nations do not have equal representations. Member states have variable voting power through UPCOS’s unique effective voting system in which a large member state’s (e.g. USA) voting power may be much bigger than that of a small one (e.g. Luxembourg) because of the fact that the large state, with a large National Council composed of a big number (hundreds) of pharma companies as members generates a sizable number of effective votes at the assembly, whereas the other one may have only a three-member National Council and therefore represents itself, at the assembly, with three effective votes.

All the UPCOS National (State) Councils of the member countries function under the authority of the UPCOS General Council (UPCOS World Council). They are composed of the executives of the states’ pharmaceutical and pharma-related industries of the member states’.

Composed of accomplished experts of the medical and pharma industries, the UPCOS advisory board, meeting quarterly, offers the UPCOS Executive and General Councils non-binding and non-biased advice, information and assistance with guidance in strategic direction, quality improvement and program effectiveness in the global UPCOS System.