PART 2: The Definition of Oncogenesis

The human cell is mankind’s basic unit of life and a dynamically functional, highly-organized, self-governed component of human body. It is the condition of this excellent micro-unit of tissue that determines the state of the health of the host organ and body. Somatic cells live with the guidance of a “Cell Cycle” through which their status as well as their internal and external conditions, circumstances and contingencies are meticulously monitored and controlled. Holding the intracellular executive power and command, DNA governs the absolute sovereignty of the cell and controls its internal and external behavior, functions, commitments, transactions and affairs. Meanwhile, performing specific and specialized functions and duties of their own in a highly harmonious cooperation, the main molecules of this tiny elementary compartment of human organism, proteins, nucleic acids, carbohydrates and lipids work together to build its organic, structural and inherent parts, elements, features and characteristics.

As their name suggests, cellular organisms are organized living establishments. While a unicellular living organism is neatly organized in itself, a multicellular one is highly organized not only in its tiny constituent unit, the cell, but also across its whole multi-component, multi-tissue, multi-organ and multi-system structure. Behind the powerful look and omnipotent nature of this immense organization of multicellularity, however, which is made of quite impregnable, infallible and structurally and functionally collaborative assemblies, there are highly detailed, delicately integrated cellular compositions that are sensitive to intracellular, intercellular and extracellular changes and vulnerable to any internal or external threat to the cell’s strict inner order and to its harmonious relations with its siblings and neighboring cells, as well as its relationship with its extracellular matrix (ECM) and with the rest of the microenvironment.

Set to function physiologically and strategically to preserve the organism’s welfare and livelihood, being given life and duty to keep the cell’s stably prosperous and providential state, these compositions work as dedicated enterprises run by faithful artisans and toilers. The most typical and spectacular example of this is the human body, a masterpiece of bioarchitecture and bioengineering. This flawless, model multicellular organism, the excellence of bio-formation we take for granted, however, encounters more problems than the planet’s other species of living organisms do. Some of these problems are unfortunate and ruthless enough to have the organism rendered defenseless and cast a shadow over its undisputed infallibility. The human cell, where a dramatically destructive set of happenings, neoplasia, as the most vicious one of these problems, begins, is ironically also the place where its corporate burocracy and supreme command is stationed. Despite the fact that the DNA-governed cellular behavior is performed impeccably, the cell may any time happen to encounter certain unfavorable situations that may individually or jointly affect its perfect governance in various sectors and at various levels.

The persistence of such situations and their effects usually bring about unpropitious consequences that seriously intimidate or threaten the divinity and harmony of the cell’s regime and order. Then a sequence of cytological changes through a series of interacting and inter-effecting cellular and tissue processes follows across the microenvironment. Unless there is an interruption or halt, this culmination of happenings brings to the scene an unfortunate, ill-bred progression which will have then already begun to ensconce around: oncogenesis. 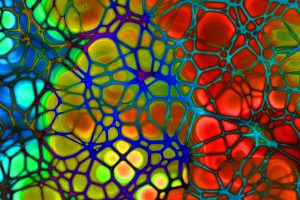